Pura vida EVERYONE! Well first of all, I NEED to say: I am so happy about my first blog, I can say that this is like buying a new camera for me… (P.S: I love photography). It’s like get a new toy on Christmas.

So you can imagine how I excited I feel.

From now on I want to show you around my country and the beauties that you can see around through each post; and to also learn about nature photography together and about ecotourism, rural tourism or more.

This is one of the first post that we wrote back in 2015. When we started this blog.

So let’s start with a little bit about traditions of Costa Rica. This country is well known as an eco-friendly country but what else do you know about it?

Some general aspects about this country is that it has an extension of 51.100Km2 (around 19,700 square miles). By the early to mid-20th Century, the economy in Costa Rica was based on agriculture and there were many important products that could grow and be produced on this land like coffee, tobacco, cacao, corn, sugarcane and more.

While growing up in San Jose, which is the capital, I would hear about the “Trapiches” (The traditional name that people use to refer to the Sugar mill).

I really didn’t know what a “Trapiche” looked like, but it was so interesting to hear my mom talk about it and how the kids used to go to a sugar mill close their house to watch the process and eat some “Sobado” or “Perica” (fudge-like, typical candy made from powdered milk, peanuts and brown sugar).

When I met Ligia she was doing her final thesis about Rural Tourism, so through her I got to know this community in San Ramón called Bajo La Paz. There, I met Mr. Carlos Arias, the boss and one of the owners of a local Trapiche. The year 2010 was when I saw one of the most typical traditions in Costa Rica for the first time.

I felt so inspired when I saw this process! It makes me want to visit places and learn more about the traditions of my country that are endangered of being forgotten.

The history of the sugarcane

Costa Rican economy was based on agriculture; our main product was coffee, and this product helped our country in many aspects. Sugarcane was also important during those years. The farmers used to cut the sugarcane from their land and transport it by an oxcart, the main form of transportation during of those years.

However, they could sell the sugarcane to the owner of any sugar mill or they could pay them to process their “Tarea” (all the sugarcane harvested) or the farmer could take his own production of sugarcane, process it, and get the final product to sell. 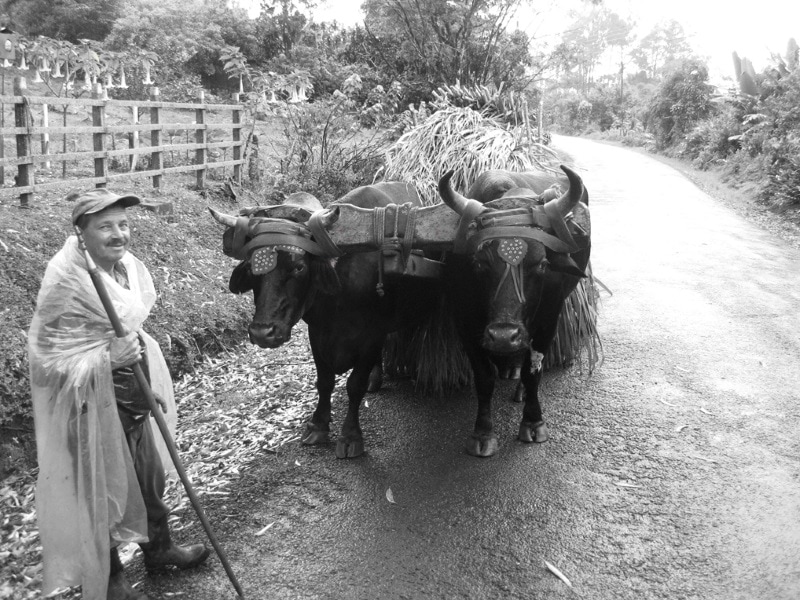 Sugarcane is not a crop originally from the Americas. Christopher Columbus first brought it during his second voyage to the Americas. So this crop spread all around the continent and Costa Rica was not an exception. Nowadays in a few places around the country, you can appreciate the rustic sugarcane process that my grandfather and great-grandfather used to do.

When I met Mr. Carlos Arias, he invited me to the sugar mill that he owned with his other 5 brothers. Mr. Arias was so kind to me and he took part of his time to explain to me with a lot of detail how their day starts. Three important aspects of this explanation are:

A-Time is SO important: This group of brothers has to start work REALLY early in the morning, at 4am. Mr. Carlos has to start to get burned wood, grass and waste from the sugarcane plant.

This is the most important task because the process depends on getting the “Ornilla” (where all the sugar juice get is boiled) in the right temperature. 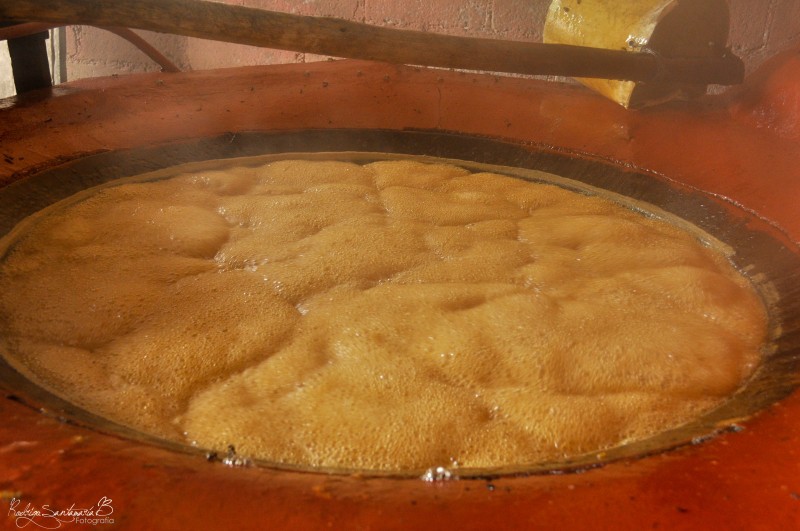 B- Squeezing the sugarcane: Some years ago, the traditional way of getting the juice from the sugarcane was by using an Ox walking in circles and moving two big pieces of wood to squeeze the sugarcane, “Trapiche Hermanos Arias” had changed that process and now they use an electronic machine. 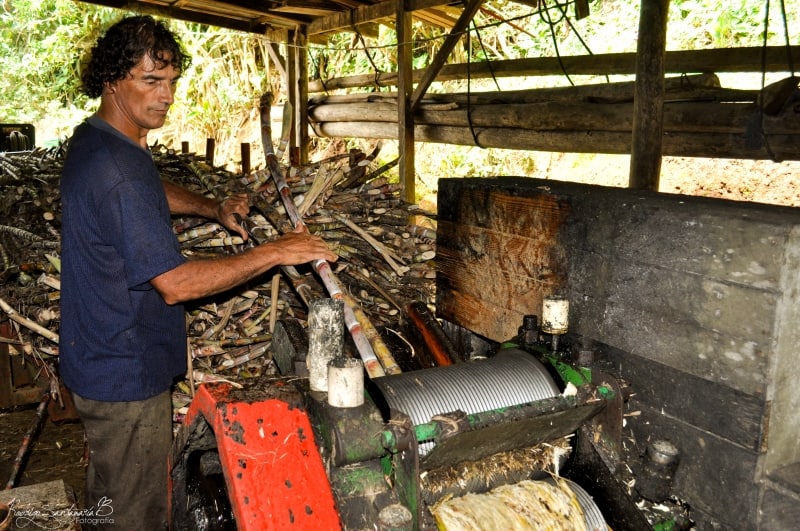 C-Getting the right texture: After the juice starts to boil, in about an hour until the juice gets into harder and stickier texture. Finally, this will allow Mr. Arias and the others to easily place the product into some wood molds that going give the shape of a top. That’s where the name comes from; in Spanish it’s called “Tapa de dulce”. 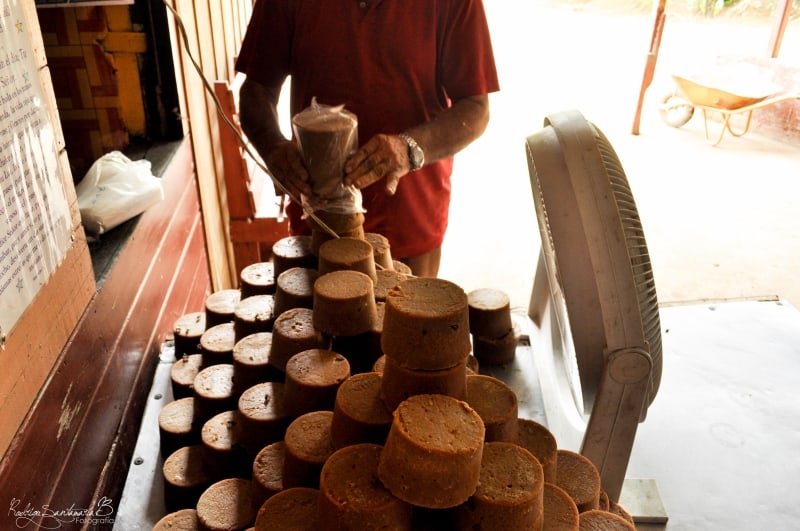 Why you should visit it

Hermanos(Brothers) Arias has tried to keep this tradition alive for several years, even when just 40 years ago there were more than 25 “Trapiches” around their neighborhood.

Everyone was growing sugarcane and producing the “Tapa de dulce” that was a top seller because many housewives used to cooked a lot recipes that used this product as part of it.

Many governmental institutions started to regulating this activity with the purpose of making it more eco-friendly with our country. So that affects some of them because that TRANSITION was a required an investment of money.

Therefore many owners of the “Trapiches” decided to leave the business and some of them grew alternative crops like coffee or began to produce dairy products like cheese.

Hermanos Arias had tried to keep this tradition. This place that originally was built for their father who already pass away. A few years ago, they got a prize for the effort of keeping the typical traditions of my country.

So you can imagine that this place nowadays is like needle in a haystack.

Visit Trapiche Hermanos Arias, it is the meaning of history and dedication for more than 30 years. 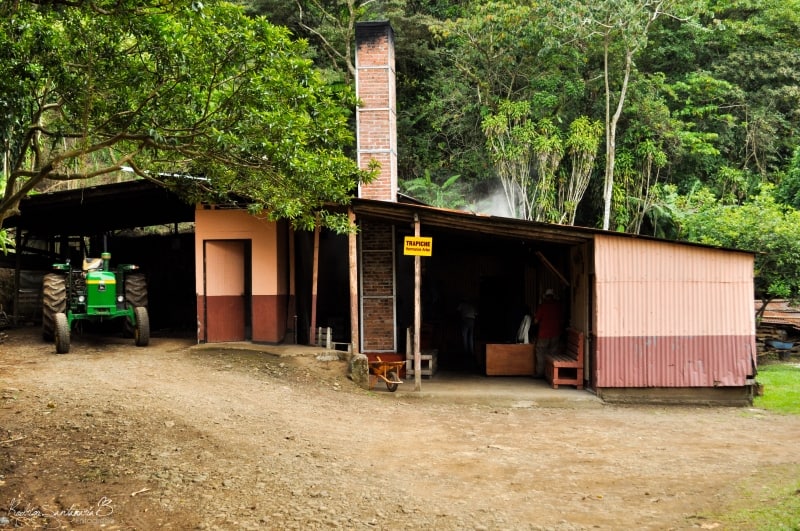 How to get to Trapiche Hermanos Arias

This is place is located just 30 minutes far from San Ramón town or 1 hour 30minutes from San Jose downtown. The location area is called Bajo La Paz, and if you are coming by car you can follow this map.

Make sure to get to Cafetería (Restaurant) Flory which is just right next to it. There is a parking place and you can even eat something delicious at Flory’s restaurant. If you are coming by bus, you just need to get off the bus at the restaurant too. 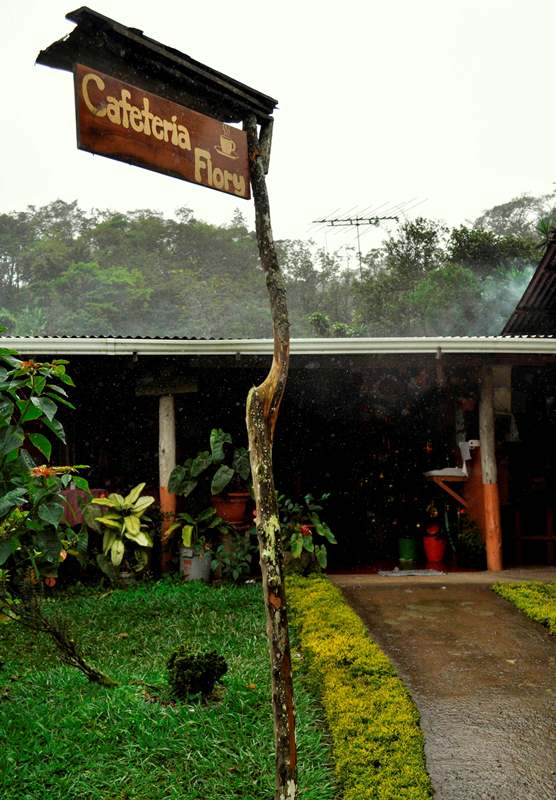 Every Wednesday the Trapiche is open from early morning until 4:00pm. Also every second Thursday is open. So before you visit it, make sure to call them or check their Facebook page. This is a great place to take pictures, so don’t forget to bring you camera. 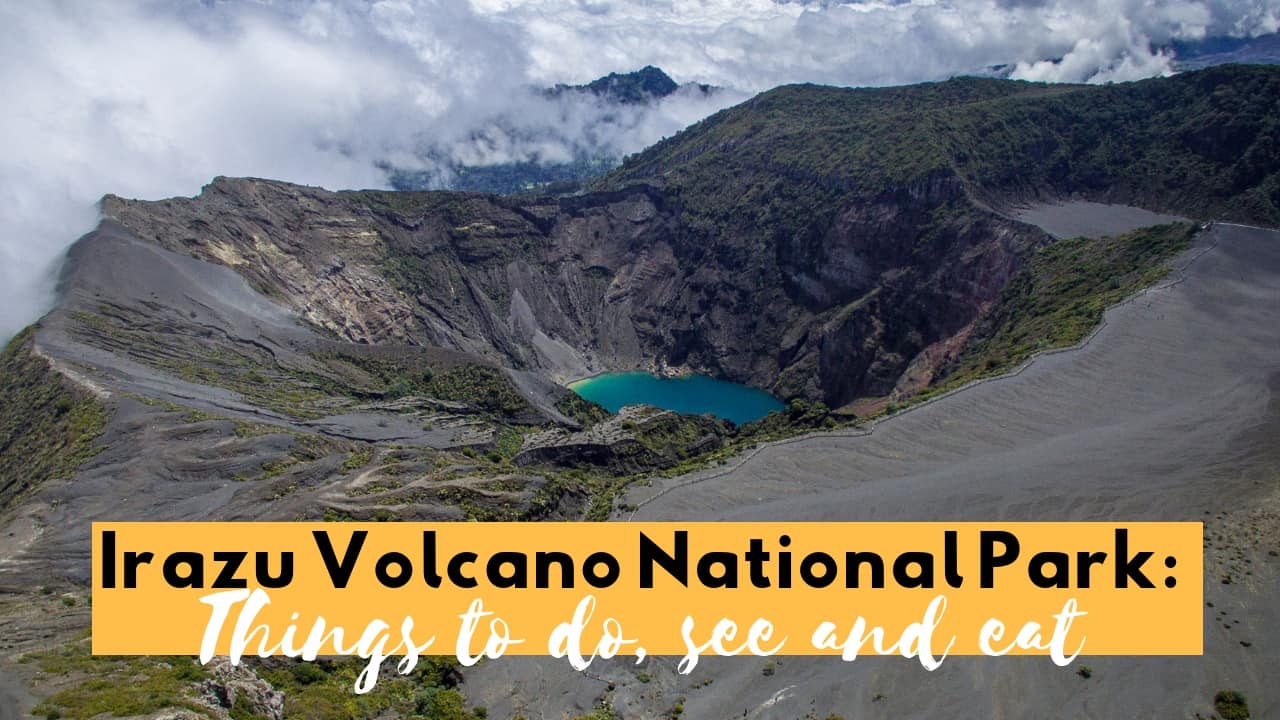 Irazu Volcano is the highest volcano in Costa Rica, but it actually doesn't take a lot of time or …