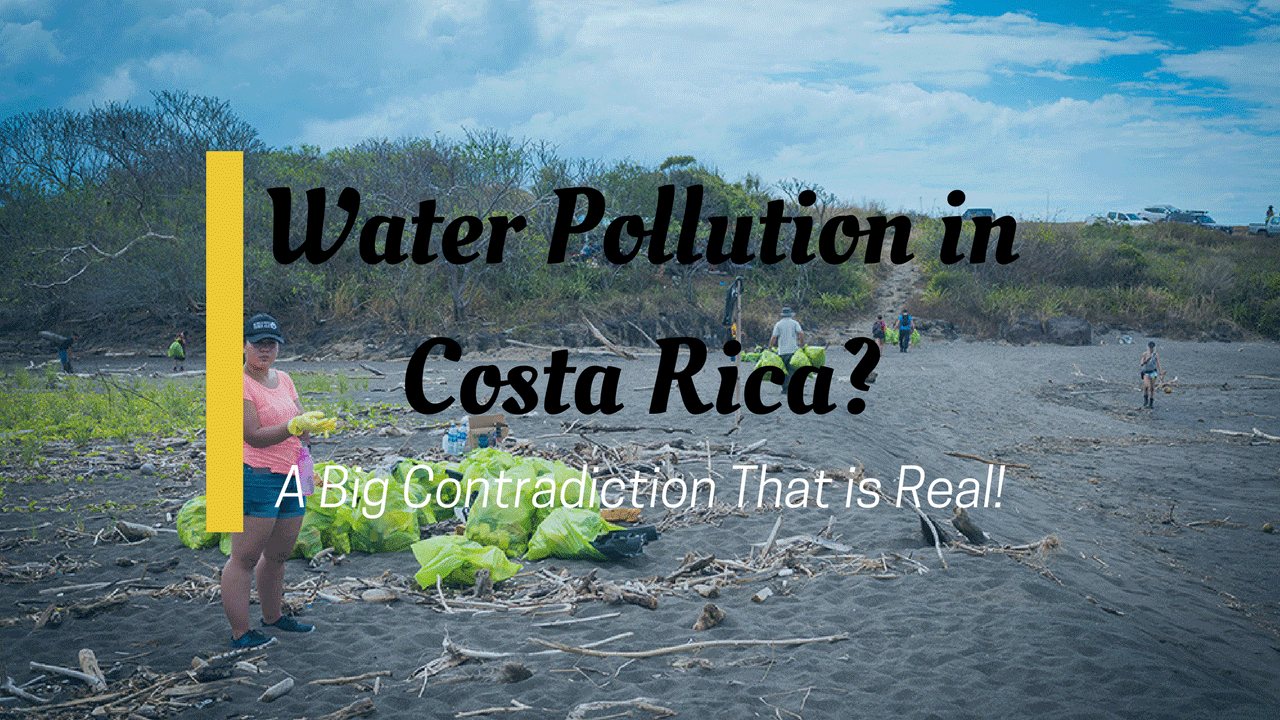 One of the nice things about social media nowadays is the possibility to create a positive impact by movements. These are usually led by people that love what they do in their field beyond a selfie.

We feel really encouraged about what is happening in Costa Rica in terms of more environmental initiatives. Even though the title of water pollution in Costa Rica doesn’t show any positivity.

However, we recently joined an Instagram collective invitation run by Operation Rich Coast.

The experience has taught us a lot about one of the environmental issues that our beaches are facing. For us, it was a great opportunity to learn and open our eyes to a reality that is easy to ignore in green Costa Rica.

The water pollution in Costa Rica

The most contaminated river in Central America is the Tarcoles river. It has a length of  111 kilometers (69 miles) and is born in the central mountain range. The Metropolitan Area of San Jose dumps 80% of the residues into this river according to the Ministry of Environment and Energy (MINAE).

For that reason, it’s been determined in studies run by public universities that the river is used as a city sewer, creating the water pollution in Costa Rica. This also affects the beaches and ocean species in the surrounding areas.

We knew that cleaning the beach for one day won’t fix the problem, but we believe that joining to these initiatives is a conscious exercise to see how much damage our habits do to the planet.

Sometimes, with the excuse of the lack of time or whatever reason, we don’t recycle properly, we just don’t quit using straws or sometimes we neglect to call attention to others who are not doing good practices with their waste.

So we decided to help with a beach cleanup at Guacalillo because is close to our location. There were cleanups at many other beaches around the country.

As a matter of fact, Guacalillo beach is really polluted, not allowing tourism growth in the area and the economy. Many organizations have been volunteering in the area to clean, however the problem still is there.

Saturday morning at Playa Guacalillo, the sun rises slowly over the area, scarlet macaws decorate the sky with their flight. With the ocean in the background, a group of people—Ticos, expats, MINAE representatives, kids—were ready to start after an introduction of why we were there.

Then with energy and emotion, we started the cleaning in Playa Bajamar. At first, you don’t see a lot of trash, BUT as soon we start to collect, in the first steps, I already got old shoes, plastic bottles and little particles of styrofoam that were almost impossible to grab.

The team also cleaned the wood trunks that have been brought by the river giving a totally different aspect to the beach. Later we had some snacks and continued cleaning the other sector of Guacalillo Beach that is even worse. You literally walk on trash!

We ended up collecting around 165 bags of trash! Unfortunately, there was still a lot of trash left. So the initiative to do this periodically is perfect to create more awareness of the water pollution in Costa Rica. 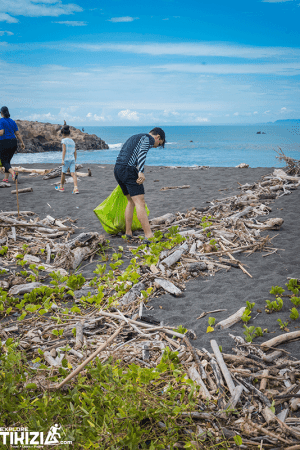 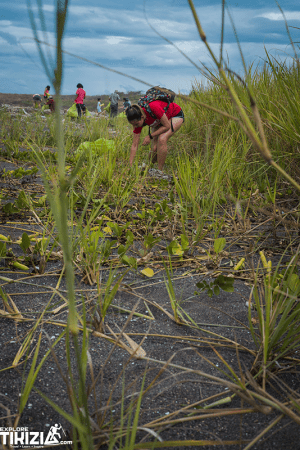 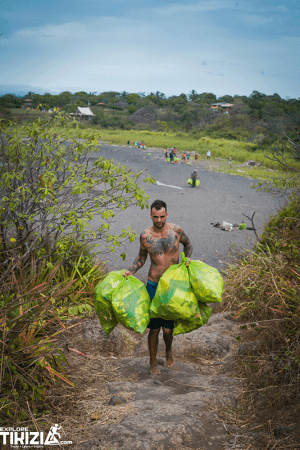 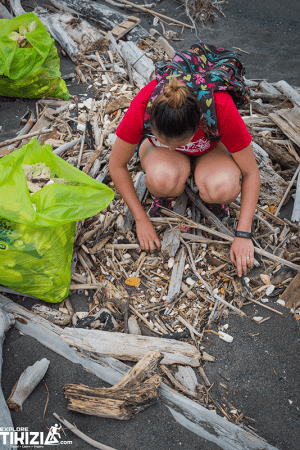 A major issue: styrofoam then plastic…

In the region, I noticed that styrofoam can be a bigger issue than plastic. After each cleanup, MINAE explains that they will weigh the trash, separate and recycle. They have a project with people of the community that make some profit with the trash. Plastic bottles are easier to recycle.

However, styrofoam can’t be recycled. So this cleanup taught us the problem styrofoam creates for our environment. After seeing all the trash, our personal goals are:

What is Operation Rich Coast?

Everything started with two expats, Julie Vigneault and Sandy Schmidt, after a beach clean up in Cocal, Quepos. They take seriously the importance of having a sustainable life, and they also educate people to reduce the use of plastic and avoid water pollution in Costa Rica.

It all started when they took two friends out and cleaned three beaches at the same time.

Then more people started to ask how they could help. So after they saw that people were interested in investing their time, they decided to create a platform to promote beach cleanups.

A lot of Instagrammers became a bigger network and that is how they were able to do Costa Rica’s National Cleanup Day at the end of December 2017.

In the future, Operation Rich Coast wants to become an educational platform.

The goal also is to organize bigger events on strategic dates during the year, like after Easter—when everyone goes to the beach and leaves their trash. They plan to invite more people to join and organize beach cleanups. Those events can be promoted on the platform.

So we hope that we can join them in this journey and learn more about environmental issues like water pollution in Costa Rica and how as travelers or working in the tourist industry we can reduce our impact. In other words:

EXPECT NOTHING. BLAME NO ONE. DO SOMETHING.