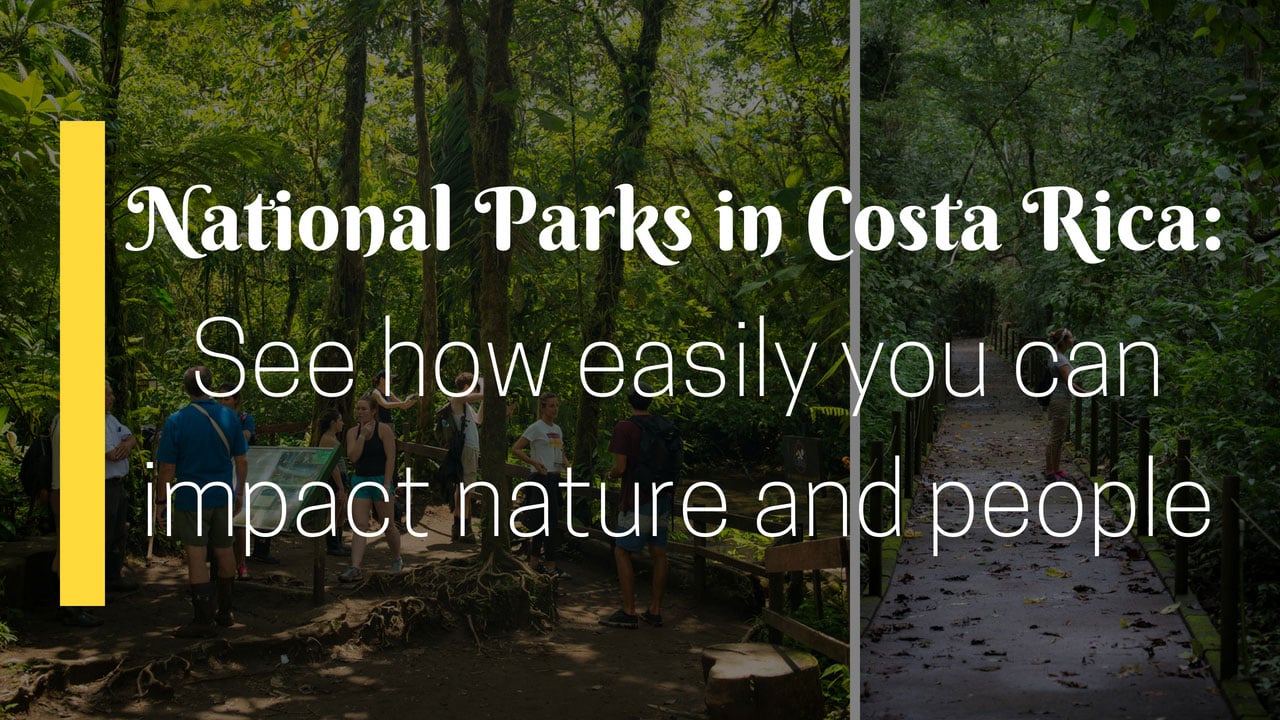 The nationals parks in Costa Rica conserve the best of the nation’s natural and cultural heritage. According to the National Parks Guide, we have in our forest:

We have a network that protects 24.6% of the territory in 107 units divided into 11 conservation areas.

The guide also mentions, that our country internationally is considered the “mecca” for nature-loving tourists, naturalists, and researchers who wish to admire and study exuberant Costa Rica’s tropical Nature.

Doesn’t matter the reason that you are visiting them, if you are looking for a selfie, an adventure, to find yourself in nature, a research or any other kind of reason.

The thing is that you are making an impact on nature and people that work or leave the national park.

We were invited to celebrate the 40 years anniversary of Carara National Park. 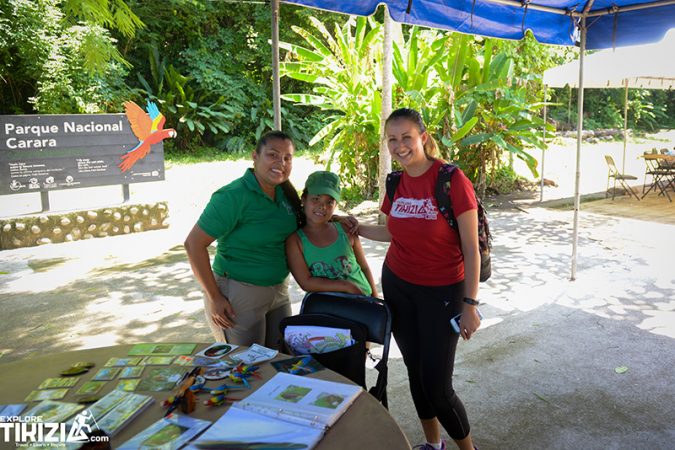 It was an event that involves from rangers who work at the park, tour guides, schools, 8 communities that lives close the park, NGOs, private companies and of course tourists.

So from that day our perspective of the effort that is behind the maintenance of a national park. The effort to protect the environment and the impact on the communities.

Just awesome! Don´t think just because we are the “Meca” of ecotourism all our resources go to the environment.

Not every Costa Rican, unfortunately, enjoy and values the work and passion that is put in our National Parks.

Still, more work to do but by you visiting them we want to show how easily you can impact the nature and communities. Let’s check deeper those impacts. For now, let’s focus on the positive ones. 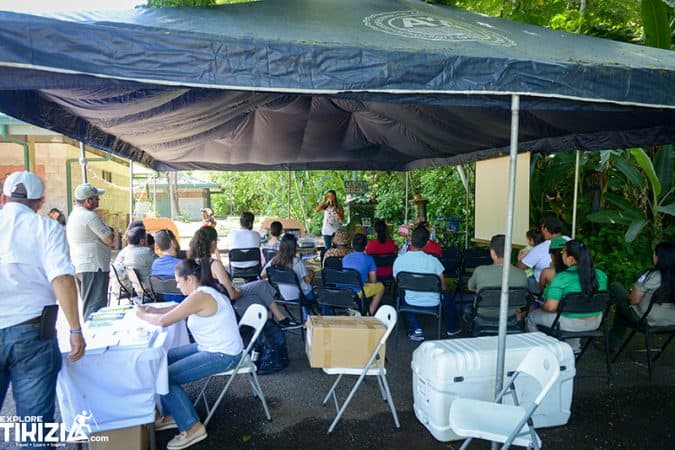 All the resources that a National Park protects in Costa Rica we consider the 3 main ones: Water, Forest, and Wildlife.

After the creation of the National Parks in Costa Rica the biggest achievements for the country in the environmental matter.

Quick science class here I guess everyone will know this part but never hurt to remind ourselves.

What are natural resources? These things include water (seas and fresh water), land, soils, rocks, forests (vegetation), animals (including the little ones that we can’t even see), fossil fuels and minerals. They are called Natural Resources and are the basis of life on earth.

Also, unfortunately, we didn’t care about them for a long time and now we have a mess in our ecosystem. Yes! Yes! Good answer. You know that thing the climate change is a myth! yea right.

We don’t have gold but the water is our gold. Water is drinkable mostly in all Costa Rica.

As a consequence, National Parks in Costa Rica protects the springs coming from the forests. However, not all the rivers provide the quality of water for our marine wildlife.

Tarcoles River, one of the most polluted rivers in Central America. Learn more about it. 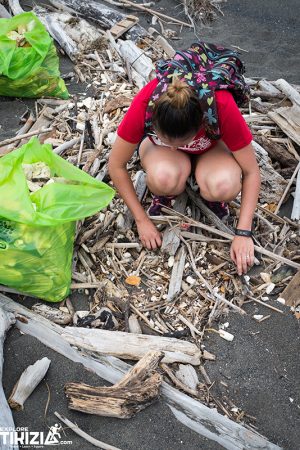 Back in the days, our forests were living a horror movie. Yep, deforestation, agriculture, cattle farming and other practices that involve deforestation.

Around 1940 – Over 75% of the country was covered in indigenous woodland. According to an article published by United Nations University.

Then in next decades rampant and unchecked logging ensued as the nation’s valuable forest resources were transformed into cash profits.

So for that reason in 1969  was created the laws to protect the forests and the firsts National Parks in Costa Rica were created.

As a result in the same years that all the deforestation happened. The mindset in order to preserve the wildlife was very inefficient. It´s bad to say but we have family members that tell stories of this practice and how they hunt back in those days.

Another achievement by the creation of the National Parks in Costa Rica is to control the hunting. The government only allow it when is an overpopulation of one species or for scientific purposes.

The behind scenes of your visit: Social impacts on surrounded communities at National Parks in Costa Rica

National Parks in Costa Rica also has a huge impact in the academic field.

Costa Rica has 5 public universities and all of them has careers that involve environmental science.

Also, a lot of international programs includes the study of the tropics in our conservation areas.

Experts have done studies about the important scientific data of different wildlife species.

Environmental education programs have been taking place at the National Parks in Costa Rica to take elementary schools and high schools to learn about science.

The same trails that you walk on the National Parks are open classrooms for our kids.

Also the private companies, recently are doing volunteer programs in our National Parks as ways to have a social responsibility and give back.

We have witnessed and attended workshops like in Carara National Park where they also open their doors to the communities.

All this is great to see because really we are learning to love nature and protect it.

So more tourist can visit the country!!!

Ok. I think everyone gets how great efforts can be for nature.

But let´s talk about the economic benefits also from the protection of nature.

66% of tourists who come to the country their main purpose is to do ecotourism. Based on official data, from the Ministry of environment and energy (Minae) it indicates that the income of foreign exchange for tourism was $3.941 million in the year 2016.

Therefore it is estimated that National Parks and conservation areas contributed $2 billion and created around 50.000 direct jobs. 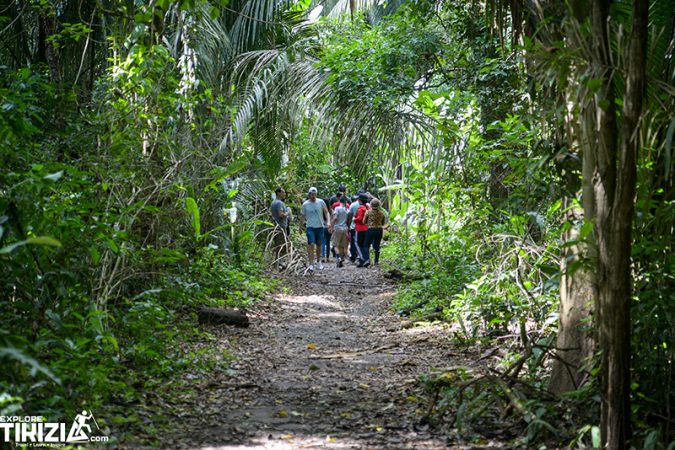 Our protected areas are producing countless jobs in companies that bring tourists to our national parks.

Also, have the great potential to create jobs in neighboring communities. Just think of families that live around of the park. They usually invested in a restaurant, a souvenir shop or the person that take care of the cars outside the park.

National parks in Costa Rica has created direct and indirect jobs to our economy.

We have got the opportunity to talk to artists who inspired their art on nature.

Some of them have been lucky to represent Costa Rica internationally and also sell their products in souvenir shops or hotels.

Also, our culture of the family trip during the weekends or on holidays includes the visit of the National Park.

In conclusion: Costa Rica benefits more from protecting the nature

Well, let me tell you I have enjoyed writing this article and getting a better understanding of the changes that we have done since the creation of the National Parks in Costa Rica.

This small nation from Central America has changed the way that nature is been exploited in the past.

We are not perfect yet but honestly, we have been doing peace with nature and we appreciated when you find on media how high-rate is Costa Rica in that sense.

One thing that I can be convinced is the majority of the tourists won´t see the impact of their visit when they go to a National Park and we want to say thank you if you are one of them that have done!!!

Definitely, there are more benefits not mentioned here and I am sure that this positive impacts you can make easily in any country that you visit. Even better if you do it in your home country. Get out and explore the National parks in Costa Rica and in the world.

You can find the national parks that we have visited so far hope our list grow soon to show you more.