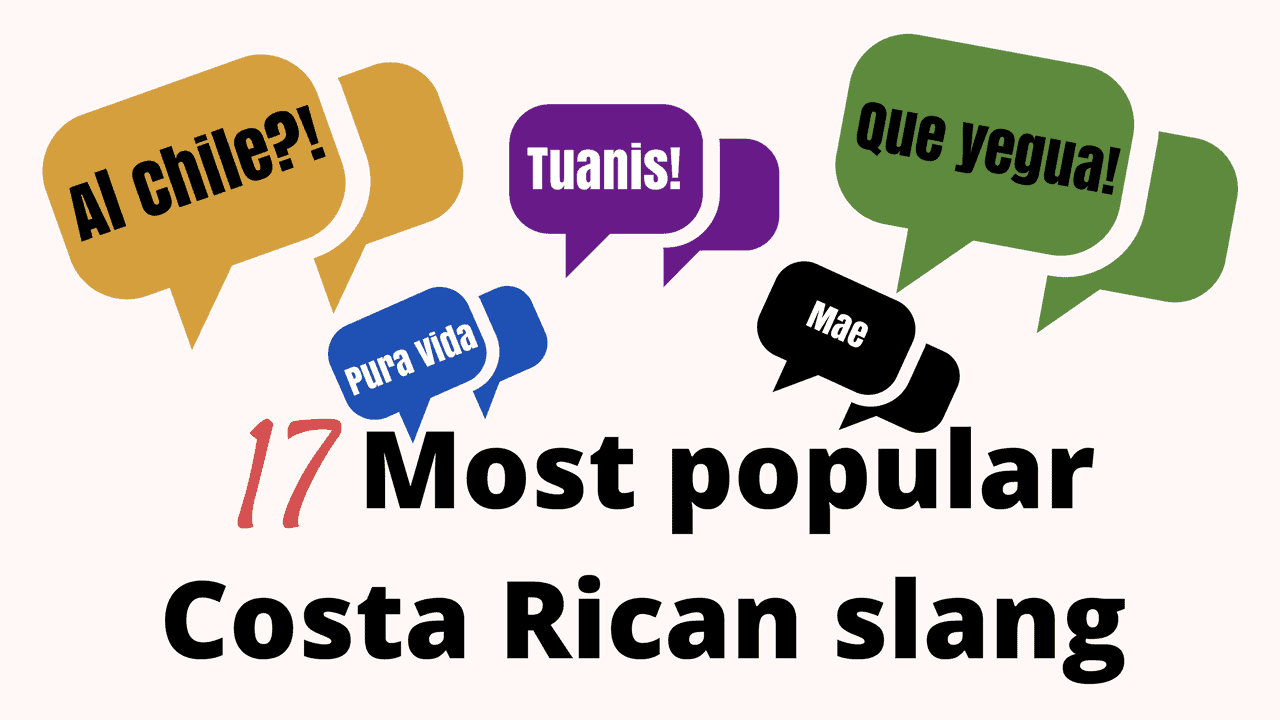 Well, this topic has a lot of fabric to cut? ... Mucha tela que cortar?

What? No, that didn’t translate quite right! Probably because I am trying to translate a phrase that is part of Costa Rican slang!

In Costa Rica, we have a lot of words and phrases that can basically create a second language that only Costa Ricans will understand. But no worries, there is always someone to teach you … just be careful who it is, as someone might end up teaching you something inappropriate on purpose 😉 I have a mental picture of some poor tourist in a bar, and everyone is trying to get him to say funny things to have a laugh at his expense…

First of all, let’s review few words that you will find quite often on our blog:

A: Si un poquiTICO (just a little bit)….. even harder pronounce when they say: Si un poquitititiTICO (try to say it ;)) we do this exaggeration to make sure that we are really just getting a little bit.

At the end, it’s  just a regular cup of coffee, but we want to sound nicer so we add the suffix! I am guilty of this one!

1) More than a phrase, this is a lifestyle (I know it sounds cliche, but I will explain it more in another blog.)

2) The phrase came to Costa Rica after a Mexican movie of a comedian called Clavillazo, who repeated the phrase a hundred times and gave way to the words that now identify us.

Honestly, I don’t use all of these. Some are just not my style, but I tried to ask several people their favorite ones. No one came up with the same list, but here are the ones that everyone had in common.

2. Estar de Goma: To have a hangover.

EN: I went to party  yesterday and today I have a hangover

3. Tapis:  Someone that likes to drink a lot, a heavy drinker

EN: That guy is a heavy drinker! Always drunk!

4. Tuanis: Cool. It comes from the English “too nice” (as in, “really nice”)  Over the years we adapted it to  Spanish and gave it a meaning.

5. Bañazo: It’s not related to wash or to shower. It’s to be embarrassed.

EN: I was running and fell over, how embarrassing!

EN: Look that guy, he is really cheesy.

EN: What time is food tomorrow?

EN: I have a headache!

9. Yodo: Literally means iodine but for us, it is synonymous with coffee.

EN: Really, did that happen to you?

EN:  I feel too lazy to go out of the house!

EN: Look at that man. How shameless!

13. Estar Ahuevado: To be sad or when plans don’t go the way expected.

14. Suave un toque: To wait, to slow down or wait for something.

EN: Hey, Wait a minute!  I need to go to the bathroom!

15. Que yegua!: Literally means female horse, but for us means dumbass or idiot. Taxi drivers scream this a lot.

EN: That guy is an idiot to drive!

16. Pedir cacao: To ask forgiveness or when you request another opportunity and want to solve a situation.

EN: Seems like he broke up with his girlfriend yesterday and now he is asking for another chance.

EN: Something happened to my camera, that’s really bad!

So,  there you have it, a brief survival list equipped for your next conversation with some Ticos.

Whether you want to have a friendly chat with a mop about your girlfriend or boyfriend to get the advice or to pedir cacao after you estar de goma, you should be able to hold your own.