30 minutes away from San José Downtown

This is not the first time that San José surprised us with the beauty of its mountains. To put it this way, you can do wildlife photography and capture the Emerald Glass Frog (Espadarana Prosoblepon) 30 minutes away from the traffic and noise of the city.

Rodrigo wanted to participate in a tour organized by a conservation project. He loves nature photography and everything related to wildlife.

To give you some context, we follow a Costa Rican photographer named Adrian Delgado, who has a really nice Instagram account. That’s where the adventure begins.

Through Adrian and his friend Ricardo, we learned about this conservation project and the tours for nature photographers that they are doing in Jardín de Lourdes. 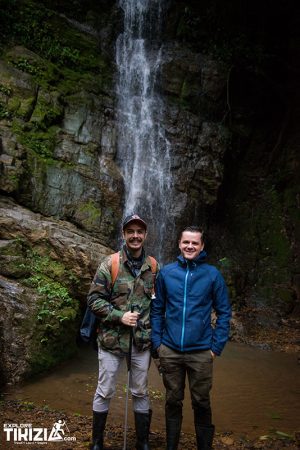 The meaning behind the name

The place has a cultural and historic past. They called it “Lourdes’ Garden” because of an long-standing Costa Rican tradition from Catholicism.

According to Catholicism, the Virgin Mary appeared to a little girl in Lourdes, France in 1844. There were several other encounters after that, and Catholics gave the Virgin Mary the title “Our Lady of Lourdes.”

The family who owns this property was devoted to our Lady of Lourdes. For that reason, they created a grotto next to the springs of the property with a statue of the Virgin Mary.

Neighbors and people started coming to visit the Virgin Statue every year for one week.

Some years, they got up to 200 people to visit the grotto and the Virgin during the celebration.

The tradition has been disappearing and now is a more familiar memorial.

The tour at Jardín de Lourdes:

Honestly, I wasn’t burning to go that day because I said in my head: “I am not a photographer.”

I supposed that most of the people who would attend might be photographers, since the activity was organized by a photographer.

To make it worse, we got to the meeting point late that day, so I was feeling even more of my “I shouldn’t come” attitude.

I should stop whining.

We were welcomed by Adrian and Ricardo. Together, the group was 9 people. Not all of them were photographers, and we did so much more than just taking pictures.

The first activity was hands-on. I saw the guides with wheelbarrows and shovels and some trees to plant.

We planted trees in a area that they are trying to reforest.

Then my favorite part: lunch! Just kidding, but I do love food. It was nice because the table was set outside the house with a nice view of the Central Valley.

Then we did a workshop about nature history, where we learned about the species that are in the area. We also learned about the problems that they deal with in the projects, such as water pollution, habitat loss and hunting. We learned cool stuff there!

Later in the afternoon, we did a walk on the trails that the property has and walked through the river canyon.

At this point, I decided to go with the flow and forget that I didn’t have a camera.

I was enjoying the butterflies, the frogs, the river. I was also helping Rodrigo to take pictures—I am his behind-the-scenes assistant.

After the hiking part, they gave us coffee and then we did the night tour.

We saw wildlife species like glass frogs, crickets, spiders, owls and ants. So people that like Macro-photography will get good pictures on this tour. 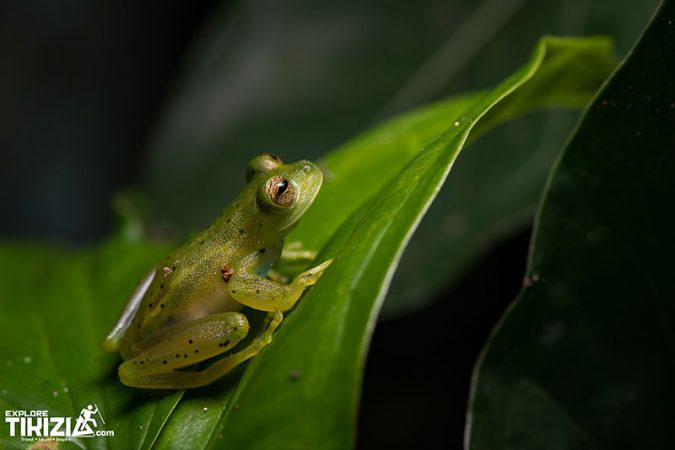 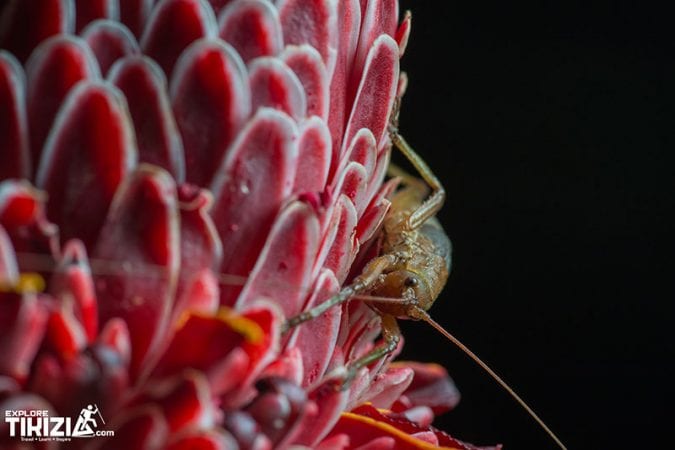 I was observing the logo and paying attention to the part that says: Wildlife – Conservation.

The idea of the owners is to protect the forest, but something really cool about the project is that two friends united for one passion and decided to go farther.

Adrian and Ricardo decided to do a reintroduction of a species of frog that has disappeared in the area and is endangered in the country.

The common name of the frog is “Golden-Eyed Frog” or “Coffee Frog” (Agalychnis annae).

According to the information that Adrian and Ricardo explained in the tour, the species suffer because of a fungus that is in the water that affects the skin of the frog.

I decided to read more about it, and I found an article from The Atlantic that says:

If that isn’t bad enough, frogs also use their skin to breathe and regulate their water and electrolyte balance. In a bad case of chytridiomycosis, the skin simply stops working. The frog loses so many electrolytes that it suffers a heart attack.​​​​​​​

For that reason, Adrian and Ricardo researched with a Costa Rican biologist who inspected the place and gave them a plan to do the reintroduction.

Right now, they are creating the habitats and getting ready to bring the babies to the ponds that they have created. Ujuu!

Their idea is to sell tours and collect money to reinvest in the reforestation and wildlife conservation projects. We love that! 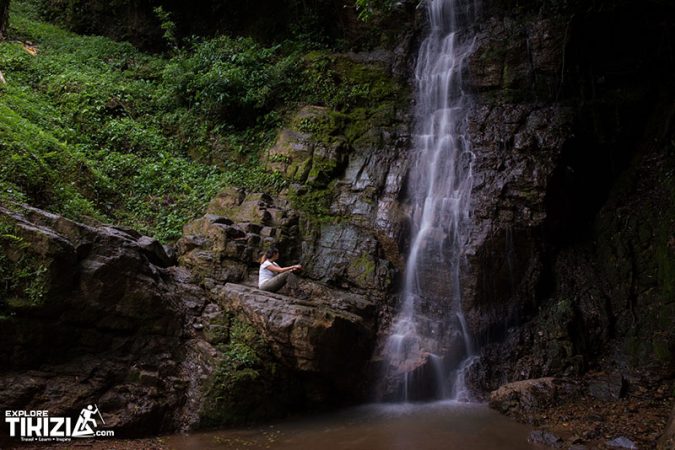 Since the goal of the project is not to alter the harmony of the place, they take smalls groups on specific dates.

However, with previous organization, we can put you in contact with them and check availability for the tour so you can visit Lourdes Garden.

We can also help you to organize similar tours so that you can see frogs to photograph them.

What the tour includes:

– Participation in the reforestation project (planting your tree)
– Lunch
– A workshop about the natural history of the place
– About an hour of hiking on a trail
– Snacks and coffee
– Night walk tour
Price estimate per person: $25 – $30

This tour is perfect for small groups of students and also for photographers.

Please feel free to send an email to info@exploretikizia.com if you would like to participate in doing a tour like the one we just mentioned.